First congress of the Union of Soviet Artists

The aim of the project is to define the possible paths of development of realistic art, with emphasis on painting. The authors attempt to follow a line of art which emerged within the framework of the Soviet bloc in the second half of the 20th century, and endeavour to update a similar artistic approach today.

This concerns painting (as well as photography, sculpture, monumental realisation...) which preserves the relationship toward the object (reality), whilst staying free of dogmatic academism and also refraining from a descent into formalism and abstraction.

Another important feature is the political engagement of the artist, which is manifested not in the production of works with a political theme, but on the contrary is continually present as a background to civic political responsibility, which appears as co-participation within the framework of specific revolutionary activities.


The congress programme will be divided into two sections: theoretical and practical.

The basic theses of the theoretical section (Conference – 10 September) are:
- lecture and discussion on the issue of the historical legacy of Soviet art and its relevance today
- presentation of the Union, presentation of programme, enrolment of members

The practical section of the congress shall focus on open air painting and realistic painting. Open air painting shall take place in the city, work is planned with specific motifs of the genre (interior, still life, portrait, staged figural situation etc.). During the plein air session, emphasis shall be placed on the group aspect of work, and the plan is to resolve certain tasks relating to issues of painting style and technique, authorship and authenticity of artistic gesture, relativity in work according to reality etc.

The results of the plein air session shall be presented and evaluated within the framework of the working exhibition in the premises of the Tranzitdisplay gallery, together with defining the subsequent development for the Union and the schedule of works for the future. Opening / Finnisage of the exhibition – 16 September, 6 pm. 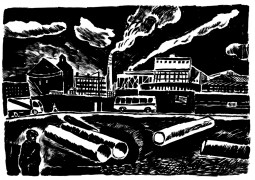