The document Ernesto Sabáto, My Father, was made in 2008 by his son Mario, who is among distinctive figures of Argentinean cinematography. The film originally enters the life of the writer who thanks to his talent transcended the borders of Argentine but whose privacy was not known to many.

Ernesto Sábato is one of the foremost Argentinean but also Latin American writers. He was born in Rojas, a small town in the Province of Buenos Aires, Argentina in 1911. Although he completed his studies in physics at the National University of La Plata, he devoted his entire life to literature.

He is known as the author of the novels The Tunel (El túnel, 1948), On Heroes and Tombs (Sobre héroes y tumbas, 1961), The Angel of Darkness (Abaddón el Exterminador, 1974) and several books of essays, such as The Writer in the Catastrophe of our Time (El escritor y sus fantasmas, 1963), published in the Czech Republic as Spisovatel a jeho přízraky. He died in 2011 before reaching 100 years of age. 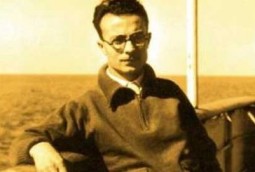