This film by Phill Niblock (USA) records a concert performance by Sun Ra & His Solar Arkestra from 1966 when the group lived in New York. Composer, photographer and filmmaker Phill Niblock is one of the classic figures in both American experimental film and ranks among the most radical composers of minimalist music. The black-and-white footage and use of a special cameral lens capturing in detail the musicians’ movements provide a special other-worldly atmosphere to the Arkestra’s enigmatic post-jazz music. (about 40 min.)

This famous film essay discovers the relationship between sci-fi, the culture of pan-African diaspora, fantasy interplanetary flights and the gradual "technicalization" of the world.
The stories of a founding father of funk, George Clinton, the group Mothership Connection, musical visionary Sun Ra, apparently coming from another planet, his mythology of the Afro-American culture as a message from an extraterrestrial civilization and the lives of authors of black science fiction, Samuel R. Delaney and Octavia Butler, all intermingle in this film.
There are also interviews with protagonists of the new black culture such as DJ Spooky, Goldie and Derek May.

John Akomfrah (born in Ghana) is a highly acknowledged British filmmaker and video artist. In 1982 he co-founded the Black Audio Films Collective and is the director of the controversial documentary on black unrest in Brixton (Handworth Songs) and biographical films on Martin Luther King and Malcolm X. (about 45 min.) 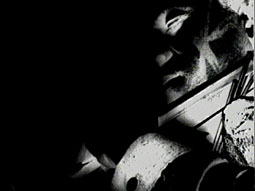