Zbyněk Baladrán and Jiří Kovanda: The Nervous System (Into Idea)

A dialogue between two artists about... the Voynich Manuscript, how ideas come in artistic practice, propitious situations, memory of the conscious and unconscious, transcribing poetry, ornithology, zoological gardens, the films of Fellini, screenplays, why the master of Czech literature, Jan Neruda, slept in the same bed as his father....

The conversation between Zbyněk Baladrán (*1973, Prague) and Jiří Kovanda (*1953, Prague) is conducted in the form of spontaneous reflections on the images with which they confront each other. It is, however, a debate that constantly branches out, creating a topical mental map of the aesthetics, referential environments and approaches of two generations.

Special Notes: This book is the result of a collaborative project by Zbyněk Baladrán and Jiří Kovanda implemented for Kunstverein (Milano), December 2011. 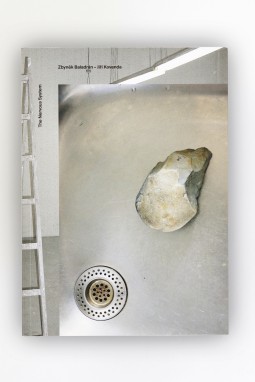