the first of them is a poster of Czech young artist Katerina Seda, the winner of Jindrich Chalupecky 2005 award

you can order the posters or cancel future orders at kiki@tranzit.org 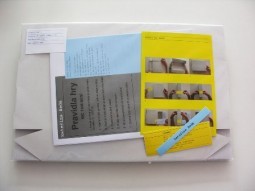