It would appear that contemporary art is mesmerised by the past. The formal pole of this trend, variously described by art theory as the archival impulse, modernology, or the historiographic turn, yields much of the best of contemporary painting, sculpture and graphic design. Focusing on the content pole of this trend, we realise that returns to modernity are more and more often motivated by the character of our present. We live in an age of stagnating late capitalism, characterised by a pervasive feeling of unease and periodically returning crises that spill over from the economic sphere into all areas of life and society. What many artists are looking for today is not just any old past, but specifically the past future, the unrealised, unused or overlooked versions of the future that could offer an alternative to an unsatisfactory present.

This interest in the past future takes on a particular significance in post-communist countries. Following the events of 1989, forty years of state socialism (this “realised utopia”) were quickly erased from memory, only to return after an interval of ten years in two conflicting forms: as the subject of sentimental recollections of the “good old days”, and as the “spectre of communism”. The art that is looking back to the past future in these countries plays a double role. On the one hand it reinstates the theme of utopia, long marginalised by the demands of “realism”, within public discourse. On the other it offers a critical counterbalance to the ostalgic production of the culture industry. Past Future examines this region-specific version of the historiographic turn and takes it as the backdrop for interpretations of the work of Vasil Artamonov & Alexej Klyuykov, Zbyněk Baladrán, Václav Magid, Svätopluk Mikyta, Agnieszka Polska Paulina Olowska, or Anri Sala among others. 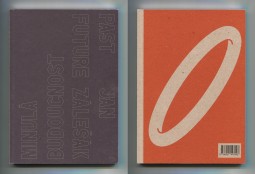