This time round the A2 Criticism Club has decided to examine the “golden 90s” as divided into two thematic segments. In the first segment we’ll examine on literature. Did this decade involve any radical transformations? Was its climate more influenced by belated debuts, anticipated comebacks, echoes of the underground, Brno-based postmodernism or literary stars of a new generation?

How did the market for books change and which translated titles formed the contemporary taste in readers and writers? “The golden years of Czech film” was how Jaroslav Sedláček dubbed the period in his book about Czech cinema of the 1990s, though we want to look at the period from a different perspective. We won’t be looking either at the weak artistic offerings or the attempt made by Jan Svěrák at emulating Hollywood. We’re more interested in a trend that could be called “exploitation”, a trend that capitalised on sensationalist scandals, prejudices and bar-room judgements regarding different social problems.

Our viewfinder will focus on unjustly forgotten gems of cinematography such as Divoké pivo / Wild Beer, Fontána pre Zuzanu 2 / Fountain for Suzanne 2, or the magnum opus of Czech exploitation Nahota na prodej / Nudity for Sale by Vít Olmer, and we’ll see whether we can’t include supposedly art films like Requiem pro panenku / Requiem for a Doll and Kanárek / Canary in the same category.

Guests: the literary critic Petr A. Bílek, the publisher and erstwhile editor-in-chief for many years of Mladá fronta Vladimír Pistorius, the poet Jaromír Typlt, and the film critics Antonín Tesař, Jiří Flígl and Jan Kolář; chaired by Blanka Činátlová 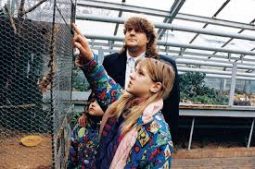