Night Passage is one of the few features films that Trinh T. Minh-ha has made. Similarly to A Tale of Love, it is inspired by literature. The children’s science fiction book Milky Way Rail Road by the Japanese author Kenji Miyazawa tells the story of a boy who one day enters a magic train on a trip around the Milky Way.

In the film a similar experience is had by three central characters. The spiritual journey of a young woman accompanied by a man and a young boy operates on the level of fantasy partly thanks to the open theatricality of individual stopovers on the trip. Overcoming the barriers of different cultures forms a kind of leitmotif.

Tranzitdisplay invites you to a series of evening screenings – a film retrospective Trinh T. Minh-ha. On show will be films that couldn't be presented during her ongoing exhibiton due to time limitations.
„In her works Trinh T. Minh-ha balances between documentary and experimental film. Poetically-political stories speak about women, migrants, love, rituals and about transformation from traditional to modern society. Meanwhile Trinh T. Minh-ha concentrates on the film as such and discreetly disrupts its traditional qualities.“


Screenings will take place on January 7, 14, 21 and 28, starting at 7pm.
Co-funded by the Creative Europe programme of the European Union 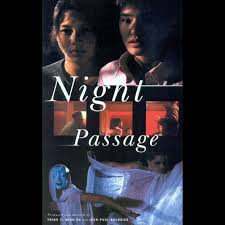