Pavel Kořínek: The negotiation of memory through comics – from Vladek Spiegelman’s memories to the negotiated trilogy About Stories

The advent of autobiographical comics in the 1970s and 80s saw greater attention being paid to reflections on the wide variety of personal shared and corrected personal memories.
That which links Spiegelman’s Maus with the biographical bandes dessinées of Emmanuel Guibert (Alan’s War, The Photographer) or the recently published trilogy About Stories could thus be the negotiation of the form of the recorded that is directly thematized and commented on in comic art: of personal memories, their limitations, and the deformations that the desire for a cohesive narrative often exacts.

The lecture and study attempts to name at least the basic properties and characteristics of these creative works, and through an interpretational analysis of selected comics attempts to examine the specific features of such memory-based negotiation between the author and his “protagonist”. 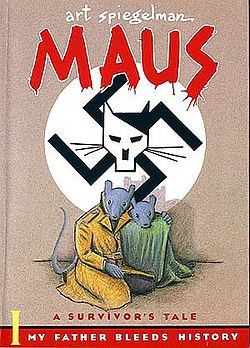