In frame of the Private Archives Project by Barbora Klímová

Reading and Discussion with Marian Palla is held in the occassion of the exhibition At this Moment in Jelení gallery and in tranzitdisplay.

PREPARED BY BARBORA KLÍMOVÁ
BASED ON THE ACTIVITIES OF MARIAN PALLA.

The exhibition At this Moment, held concurrently in the spaces of tranzitdisplay and Jelení Gallery, presents a select segment of work by Marian Palla in the 1970s and 1980s. It focuses on Palla’s non-object and processual activities, and on their effect within the community involved. The exhibition maps the artist’s work, addressed in the aforementioned period to a circle of friends and acquaintances via mailed letters and parcels.

The presentation at tranzitdisplay illustrates how Marian's activities were captured in several private archives. The installation, supplemented by a discussion with the artist and accompanying program, provides a more general overview of this specifically defined area of Palla’s work.

The exhibition at Jelení Gallery will then focus on one of the messages sent by post. This is exceptional because, among other reasons, it refers to the 17 individuals that received it. Some of these individuals were willing to contribute to the project, and through them, a partial reconstruction of not only the Whale's Back, but also of the artist and the community that was then formulated around his creative life could take place.

Marian Palla (b. 1953) finished in 1977 his study of the contrabass at the conservatory in Brno. For over fifteen years he then performed in the orchestra of Janáček’s Opera in Brno. At the same time he delved in conceptual work that lies between a media traditionally associated with the fine arts (drawing, painting, object, performance) and with music and literature. Its perception by the general public is hindered by, among other things, the fact that it is located on the border between the private and public sphere, intertwined with a pub culture. Fragments of activities from the 1970s and 80s remain largely concealed in private archives and in the memories of those involved.

Both exhibitions and the accompanying program can be perceived as a whole that is motivated by questions of the mutual relationship between the work of art and the viewer. They approach the work as a means of communication and a sharing of individuals and collectives. The exhibitions probe questions on the mediality of non-material works that include unrepeatable circumstances of creation.

This project is being held thanks to the kind cooperation of Marian Palla, Dalibor Chatrný, Jiří Valoch, J. H. Kocman, Marie Kratochvílová, Vladimír Ambroz, Jaroslav Šťastný and Jaroslav Monte Kvasnica. Special thanks to Zbyněk Baladrán, Matěj Smetana and the tranzitdisplay team, without whose support the exhibition would not be possible.


Originals of the author´s books of Marian Palla can be viewed upon request with the tranzitdisplay gallery staff. 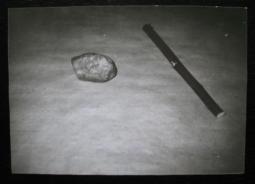