The Ethnography of Violence

A screening of the film by Renzo Martens Enjoy Poverty: Episode III and a conversation with participants of the symposium The Ethnology of Violence: Veena Das, David Mosse, Jonathan Stillo, the theoretician Anna Remešová and the documentary filmmaker Viola Ježková.

The conversation will examine the methods used by ethnography during field research and the investigation of the survivors, witnesses and victims of violence involving wartime, community, domestic and sexual violence. The speakers will examine these methods in the light of the film by Renzo Martens Enjoy Poverty. Martens proposes that local photographers in the strife-torn Democratic Republic of Congo use human poverty as the main source of national wealth. In the film he offers advice on how to capture images of one’s own poverty.

Veena Das (Johns Hopkins University, USA) is one of the best known contemporary anthropologists. She has contributed to debates around the anthropology of violence, political anthropology and the methodology and ethics of anthropological research. She has published many articles and essays, including the book Life and Words: Violence and the Descent into the Ordinary (2007). She takes inspiration from the ideas of philosophers such as Ludwig Wittgenstein and Stanley Cavell. However, her theoretical reflections draw mainly on events in the everyday life of poor communities in North India.

David Mosse (SOAS, University of London, UK) is a well known professor of social anthropology. He is best known for his work on anthropological development, political and economic anthropology, and the anthropology of religion. He has written many articles and books, including his best known publications The Rule of Water (2003) and Cultivating Development (2005). He has worked as a representative of OXFAM for South India and adviser to many development organisations. He is also deeply involved in the problem of aid and prevention in the sphere of mental health.

Jonathan Stillo (Wayne State University, USA) is a researcher and university lecturer who specialises in medical anthropology and public healthcare. He spent a long time conducting research in Romania during which he examined the problem of structural violence. In particular he investigated the social, economic and political aspects of tuberculosis and its treatment. He gives lectures and publishes, and is one of the founding members of the STOP TB Partnership in Romania.

The event will be held in English.
Free entrance 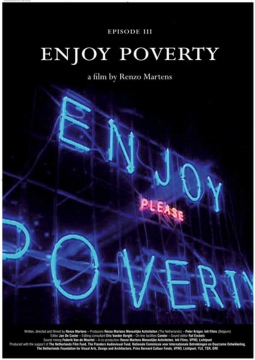