Frantz Fanon (1925-1961) was a major figure of the era in which the colonial system of the first, second and third world collapsed. His family living in Martinique was of mixed African-Indian-European origin. Fanon studied psychiatry, and also studied literature and philosophy in France (Maurice Merleau-Ponty). While living in Algeria (from 1953 he was the head physician at the Psychiatric Hospital in Blida), he actively took part in the political life as a member of the Algerian National Liberation Front.

Black Skin, White Masks, together with the Discourse on Colonialism by Aimé Césaire and Edward Said’s Orientalism, are justifiably considered as starting points for post-colonial studies. This intellectual current stemming from the anti-colonialism and anti-imperialistic struggle of those colonised for independence (and their own cultural identity) links the heritage of Western philosophy with a critique of Western colonial reason, humanism and universalism. The humanistic concept of the West in its practical and political effect on the everyday life of colonised people has become an instrument of symbolic and real inhumane behaviour and oppression.

With a suggestive and at times almost clinical coldness, Fanon analyses the function of the concept of race, national and cultural identity and colonial superiority that have a dominating influence on the evolution and make-up of the minds of colonised subjects (as well as that of their colonizers). As Henry Louis Gates touches on in his essay Critical Fanonism – Fanon serves as a form of Rorschach test – he is for philosophers, theoreticians and emancipation activists a kind of reservoir of frequently opposing ideas that they appropriate. Various readings of Fanon thus create a unique historical line within the framework of post-colonial thought.

Black Skin, White Masks is a fundamental source text in the fight against racism, since it unveils the psychological mechanisms of race segregation, which had their direct expression in the cultural, social, political and economic structures of colonial societies.

This book is still relevant not only as a theoretically critical and historical source, but also for post-Soviet “satellites”, and provides the Czech reader with a chance to view the construction of his own cultural and national identity as processes of negation and compensation between the first (West), second (East) and third world. 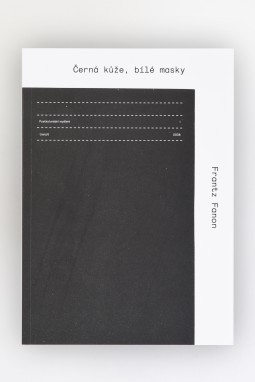