Filmmakers of the World, Unite!

The Algerian director Mohammed Lakhdar-Hamina (1934) and the recently deceased Syrian director Nabil Maleh (1936–2016) are considered the founding fathers of their national cinematography and key figures in Arab cinematography. Due to their politically engaged and aesthetically unique work, they are also read and recognised internationally. However, there is little acknowledgement of the fact that in the 1960s both studied at FAMU in Prague and that this had a decisive influence on their work. Other distinguished Asian and African directors who studied at FAMU include the Sri Lankan director Piyasiri Gunaratna (1939) and the Tunisian documentarist Hafed Bouassida (1947), as well as dozens of other directors, cameramen and scriptwriters from various countries in Asia, Africa and Latin America.

The bi-lingual publication includes interviews with some of the directors (Hafed Bouassida and Pyasiri Gunaratna), as well as studies of the work of Mohammed Lakhdar-Hamina (by Olivier Hadouchi) and Nabil Maleh (by Kay Dickinson). A more general cultural context is provided via an essay by the Czech researcher Daniela Hannová on Arab students in Czechoslovakia. There is also a text by Alice Lovejoy mapping the trip taken by the Czech New Wave director František Vláčil to China. 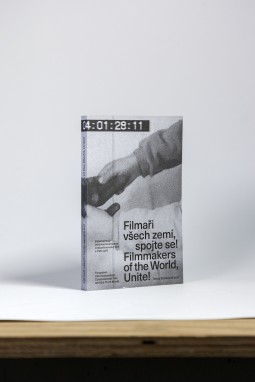