We would like to take this opportunity to share the results of the programme Institution in Residence in 2017. The challenge was to revive political and poetic versions of internationalism and to create working relationships and conditions within a framework of mutually agreed autonomy. The internationally conceived residential programme allows us to avoid both the obligation to produce and the instrumental exchange of projects, but to focus instead on the development of alternatives to existing institutional practice. It invites participants to experiment with the formats and programmes of existing organisations, to find alternative ways of organising functional and power relations, to utilise time capacities in unusual ways, and to invent new types of institutions.

Institution in Residence is part of the programme Institutional Therapy run by tranzit.cz, a programme that aims to heal the disconnect between methods of work and the mission of an artistic organisation.

More than forty candidates from all over the world replied to the initial call for applications with a wide range of suggestions and ideas. The curators at tranzit.cz invited three institutions to take up residence: Visual Cultural Research Center (Kiev, Ukraine), Purusha Research Cooperatives (Indonesia) and Ateliér bez vedoucího (Prague, CR), along with Riksa Afiaty, an independent curator (Jakarta, Indonesia).

The residency lasts several weeks or even months. The result of the programme will be specially tailored outputs and a blog offering reports on experience acquired during the residency.


Visual Culture Research Center
The Visual Culture Research Center (VCRC) from Kiev, Ukraine, was created in 2008 as a platform for cooperation between the academic, artistic and activist communities. It is an independent initiative involved in publishing, artistic and research activities and the organisation of public lectures, discussions and conferences. In 2015, the VCRC received the Princess Margriet Award from the European Cultural Foundation, and in the same year it organised an event entitled The School of Kyiv – Kyiv Biennial 2015.

Riksa Afiaty
Riksa Afiaty is a curator from Jakarta, Indonesia. She curated the Jakarta Biennale in 2015. From 2011 to 2015 she was a member of the artistic initiative Ruangrupa, which supports the development of artistic ideas within the urban context of the Indonesian metropolis. Afiaty was also involved in preparations of the OK Video Festival – Indonesia Media Art Festival and the programme of the Ruangrupa ArtLab. In 2013, she received a grant from Cemeti Art House in Yokyakarta to research street art and graffiti as forms of artistic resistance. Her ongoing research involves looking for a model and operational mode of Institutional Art by examining non-western institutions. This is supported by the Foundation for Arts Initiatives. At present she is involved with the curatorial project Europalia Arts Festival Indonesia, which will take place in Autumn 2017 in the Palais des Beaux-Arts (Bozar), Brussels.

Purusha Research Cooperatives
Hizkia Yosie Polimpung is a researcher specialising in urbanisation and a cooperative economy. He is a member of Purusha Research Cooperatives and Prakerti Collective Intelligence, which are based in Jakarta, Indonesia. In addition, he works as a hypnotherapist and psychotherapist at the cooperative clinic Minerva Co-Lab. His project within the framework of the Institution in Residence organised by tranzit.cz is entitled ‘Co-ops Management Within and Against the Feminisation of the Economy: Indonesia as Method’. He wants to investigate the current precarisation of the economy and develop a cooperative strategy to resolve it. This strategy will include a model of cooperative management, a feasible timetable for full cooperatisation (as opposed to the current process of full urbanisation), and many tools allowing for the organisation and replication of this model and timetable elsewhere. Cecil Mariani is an artist-designer and researcher. Cecil has formulated a platform for artist collective (named Upacita, for MFA project) and is now in collaboration with Hizkia Yosie to develop a platform model for the economic autonomy of creative workers, at least in Jakarta.

Ateliér bez vedoucího (Studio without Master)
Ateliér bez vedoucí (Studio without Master, or ABV) is a student initiative that investigates and applies alternative methods of artistic education across universities with an emphasis on interdisciplinary cooperation. The aim is to create a space in which students and graduates of various disciplines and establishments can meet and share their knowledge, and discover and problematise possible methods of its reception and production. ABV represents an alternative to the established model of artistic education (which centralises decision-making and authority in the figure of the studio head), and places an emphasis on consensual decision making and non-hierarchical structures. At present, weekly open meetings take place, the venue and agenda of which are shared publicly. The group creates the programme and decides whether this will be a meeting, consultation or something different. Everything is decided on the basis of current needs and interests subject to collective discussion. 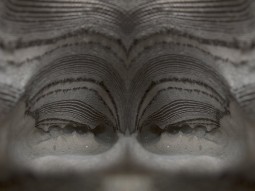