Labour and the Moderns: The Realist Portrayal of Work and Contemporary Art

The realist movement in the nineteenth century begins with an image of work, while in the twentieth century the social realist artist takes up the portrayal of labor as a central theme, either under the patronage of the socialist state/welfare state or in opposition to the ruling ideologies. Social realist painters or social documentary photographers celebrated the worker and positioned him/her as a revolutionary driver of history. Given the precarious and radically shifting nature of working life at the beginning of the twenty-first century, most recently accelerated by the COVID-19 pandemic, it is not surprising that the subject of work has returned as a central preoccupation of contemporary artists and that many have been working on re-actualization of the aesthetic conventions and formal traditions of realism. Moreover, many are returning, in various ways, to the quintessentially realist form of the worker portrait. To what extent do they engage knowingly with the realist conventions of the nineteenth and twentieth centuries? What kind of labor and class or group is central to today’s realism? And how do contemporary artists think about the confrontation of the middle-class audience of art institutions and the people depicted in the artworks?

The event will be held in English 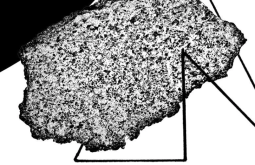