From 1955-1966 Czechoslovakia had supplied the greatest per-capita humanitarian assitance to Africa in the world. Czechoslovak radio began to broadcast programmes in Arabic and Swahili and a special university for students from non-alighned countries was founded in Prague (University of 17th November). The whole Eastern Bloc had shared this passionate interest in the Third World as it was the official course of Soviet foreign policy. In the last years one can trace a renewed interest on the part of historians, political scientists as well as artists and curators in the legacy of these diplomatic relations. Why is it worthwhile to study cultural exchange between Eastern Bloc and the Third World?

The curators Dóra Hegyi, Zsuzsa László and Eszter Szakács (tranzit.hu), Vjera Borozan (Artycok.TV) and the National Museum of Monte Negro) and the Russian artist Vladislav Shapovalov will come to present their projects related to the various consequences of these diplomatic relation and will join the discussion moderated by the exhibition curator Tereza Stejskalová.

On the occassion of the panel discussion a publication Filmmakers of the World, Unite! (published by tranzit.cz) will be launched. The book will be available for sale at reduced price.

Dóra Hegyi, Zsuzsa László and Eszter Szakács are curators of the tranzit.hu contemporary art program. They have organized numerous exhibitions, seminars and workshops. For already some time they have been publishing an international journal Mezosfera (http://mezosfera.org/). Its latest issue is dedicated to the amnesia of the history of relations between Eastern Europe and the non-alignment countries and the possibility of its actualization.

Vladislav Shapovalov is a Russian artist whose latest project Image Diplomacy deals with the world-wide distribution of Soviet propagandist photo exhibitions. This project has been shown in V-A-C Foundation, Moscow Museum of Modern Art and is now on display in AR/GE Kunst in Bolsano, Italy. http://www.vladislavshapovalov.com/

Vjera Borozan is a curator and director of on-line platform http://artycok.tv/ and the National Museum of Monte Negro. She researches a collection of African art the museum has acquired during Tito‘s rule.

5 P.M. Guided tour of the exhibition with the curator
6 P.M. Panel discussion & launch of publication

Free entrance
Discussion will be held in English
FB event 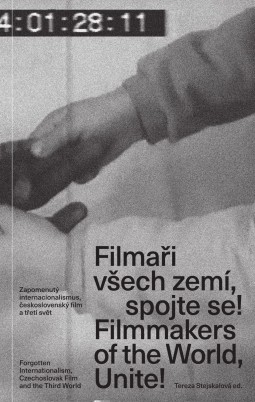