Symposium A2: Under the Influence of Literature

The theme of the annual symposium Under the Influence of Literature, being organised for the fifth year running by the A2 fortnightly cultural magazine, will be Adaptation to and Reflections on History in Contemporary Czech Literature and Culture. It is often said that Central European culture is stigmatised by history. Does this still apply even two decades on from the “return to Europe”? If so, how is the image of history created and recalled under its yoke? Does the “historical trauma of small nations” necessitate an (un)conscious forgetting, the destruction of memory, and the fictionalisation of history?

We shall try to examine literary themes and connections within intermedial contexts. This informal meeting will comprise two thematic sections.

Wednesday 25 November 6pm Adaptations of Authenticity and Experiments with Reality

On Wednesday 25 November we will examine the adaptation of authenticity and experiments with reality. The primary source of historical awareness are textual traces, records and protocols. However, what happens to the character of such documents if they are transformed within the context of artistic production, in which the difference between the recording and the staged fades, in non-fictional narratives: in documentary films, novels and theatre performances? How fixed are the boundaries between fiction and reality viewed within the framework of narrative, and how do the differences between literature, film and theatre influence the form of the documentary? Why are documentaries becoming more and more popular and what does this tell us? Why are we so obsessed with authenticity even when it takes the form of illusory images?

Thursday 26 November 5:30pm Adaptations of recollection, the phenomenon of “ostalgia” and retro

On Thursday 26 November we shall turn our attention to the adaption of recollection, the phenomenon of ostalgia, and retro. This will involve a look back at the beloved nineties, the golden years of Czech cinema, at least in our memory. However, the period portrayed in films from the final decade of the last century can be seen from a different angle: in the different film genres of that time, sex, violence and advertising feature as new and negative symbols of the period, and disillusion seeps even into the work of young artists. Given the ruthlessness of their heroes and storylines they deserve the label exploitation movies. What does this stark contrast between two audiovisual images of the nineties and the current trend for retro, which the nineties presents more in a delightfully dreamy context of “ostalgic” returns to the period of normalisation, tell us about the character of our memory? And if the Czech memory prioritises mainly sanitised, photogenic memories, can we speak in the same way of a Slovak experience with a far more dramatic course of the nineties?

The event is being organised by A2 in cooperation with tranzitdisplay. 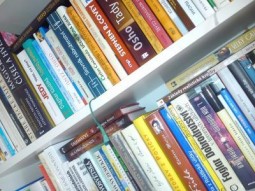