In the context of the international exhibition Sources Go Dark, curated by Valerio Borgonuovo and Silvia Franceschini at Futura Centre for Contemporary Art, Tranzitdisplay organizes a public presentation dedicated to Headless, a murder-mystery story into offshore finance by the elusive author K. D.

Headless is a long term art project led by the Swedish conceptual artist duo Goldin+Senneby. Since 2007, the project has engaged a range of writers, artists, designers, curators, journalists, bloggers, academics, private detectives and film-makers to ‘investigate’ the existence of an ‘International Business Company’ (IBC) called Headless Ltd. Mysterious in its own right, the project also posits a link back from Headless Ltd. to a secret society called Acéphale (headless) set up by French sociologist, philosopher and surrealist George Bataille in 1937.

Written by ‘fictional author’ K. D., the detective novel Looking for Headless tells the story of British novelist, John Barlow, who happily agrees to write up his investigation as a mystery novel on behalf of Goldin+Senneby. Sent by them to investigate Headless, an offshore firm registered in the Bahamas, Barlow crosses paths with a mysterious and dangerous detective, a decapitated man, an opportunistic British academic, the surreal world of offshore finance, and a swirling confusion of conspiracy and intrigue. The more he struggles to grasp the plot, the further he slips into the dark world of covert capitalism and comes to madness 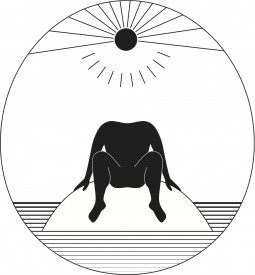