This exhibition project explores the neglected connection between the cultural and political renaissance in Czechoslovakia in the 1960’s and the decolonization project. The temporary residence of Third World students in Czechoslovakia serves as a lens for reviewing events that are key to our cultural identity.

The exhibition showcases films, posters and photographs by Africans and Asians who studied in Czechoslovakia during 1960s and 1970s as images of internationalism and cultural exchange. It also portrays Czechoslovak art, namely the Czechoslovak New Wave, as being influenced by the presence of Third World students. The cultural avant-garde of the 1960s in Czechoslovakia can also be said to affect the approach of Third World students to art and culture and thus played a role in the cultural emancipation of post-colonial countries. The Czechoslovak New Wave appears for the first time in the context of the work of significant Third World filmmakers, who studied at Prague's FAMU, such as Nabil Maleh from Syria, Mohammed Lakhdar-Hamina from Algeria, Karimi Nosratollah from Iran and others whose fate after they returned to their countries remains unknown.


On the occasion of the exhibition, an edited collection of essays titled Filmmakers of the World, Unite! will be published by tranzit.cz. 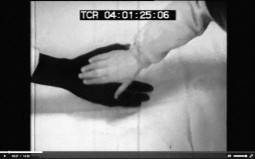