tranzit. hu and tranzitdisplay in Prague are proud to present László Beke’s project Imagination, the first collection of Hungarian conceptual art, compiled in 1971.


László Beke—the renowned Hungarian art historian and curator of several progressive art events of the 1970s—sent out a call to 28 artists, asking them to submit sheets that would fit into A4 document folders. These works were to follow the concept ‘WORK = the DOCUMENTATION OF THE IMAGINATION / IDEA.’ Beke arranged and preserved the sheets he received in a folder which was available for viewing in his flat.
Due to the renewed interest in the collection, the last ten years have seen Imagination featured in several exhibitions, both in Hungary and internationally, as well as being presented in the form of a publication. The English edition was initiated and edited by tranzit.hu, and co-published by JRP Ringier.

The exhibition at tranzitdisplay looks at Beke’s collection in an international context, through other projects that also happened in the year 1971, as well as through the history of exhibitions of Conceptual art. Similarly to the sheets of the Hungarian artists, the other legendary 1971 art projects on display can be interpreted as “exhibitions in a publication format.” One of them is the book Aktuelle Kunst in Osteuropa, published at Dumont Aktuell by artist and collector Klaus Groh, which presents East European artists active at that time.
The other exhibition projects highlighted are At the Moment (Zagreb) and In Another Moment (Belgrade) for which the curators Nena and Braco Dimitrijević experimented with the format of the exhibition in space and time. The two exhibitions showcased works by artists from Yugoslavia as well as international representatives of Conceptual art. The Belgrade exhibition was also accompanied by a catalogue, which will also be on display.

Another aim of Imagining Conceptual Art is to survey László Beke’s international art network stemming from the 1970s. The exhibition presents documents and information about the internationality of the art world of the time. It likewise investigates the role of art in the sixties and seventies—being generally less object oriented and increasingly dematerialized—which we now call, in a broad sense, Conceptual art.

A possible map of the reception of Conceptual art with a focus on geopolitical and cultural relations, will also be created for the exhibition.

The timeline of the map starts from projects of the time, such as as Beke’s collection or artist Dóra Maurer’s activity supporting the international presence of Hungarian artists, and runs until today’s projects that revisit the period of the 1960s and 1970s. This section looks primarily at the history of exhibitions, including artistic and curatorial research projects,t such as tranzit.hu’s Parallel Chronologies{- An Archive of East European Exhibitions. (http://tranzit.org/exhibitionarchive/)


The project is realised in collaboration with Display, Prague and tranzit.hu, Budapest.

The Slovak exhibition chronology is compiled by Daniel Grúň. 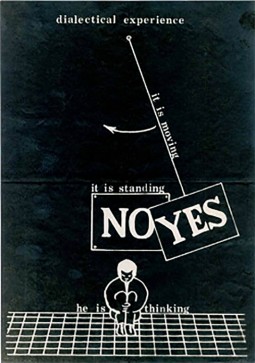