The exhibition "Ma'aminim the believers" takes the context of the Seine-Saint-Denis department as a fulcrum of the political and social struggles that have agitated France during the last century. Articulating various private and public collections as well as other heterogeneous objects, this exhibition is haunted by this context rather than attempting to illustrate it. It unfolds a loose poetic montage of movies, posters, artworks as well as militant devices discovered along the path of our research, ranging between idealist impulses and crepuscular visions.

The “believers” here are political believers, those who struggle for an ideal and aim at changing the world through collective action. Those who, generation after generation, dare to take the risk to confront reality through the creation of forms. Those who dream the future by inventing critical objects that directly echo back to their present 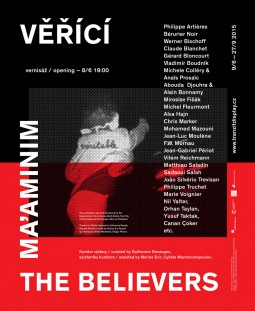