Rabih Mroué, born 1967, lives and works in Beirut. Mroué is an actor, director, playwright, visual artist, and a contributing editor for The Drama Review (TDR). He is also a co-founder and a board member of the Beirut Art Center (BAC), Beirut. In 2010 Mroué was awarded an Artist Grant for Theatre/Performance Arts from the Foundation of Contemporary Arts, New York and the Spalding Gray Award.


His complex and diverse practice, spanning different disciplines and formats in between theater, performance, and visual arts, has established Mroué as a key figure in a new generation of artistic voices in Lebanon. Employing both fiction and in-depth analysis as tools for engaging with his immediate reality, Mroué explores the responsibilities of the artist in communicating with an audience in given political and cultural contexts.

His works deal with issues that have been swept under the rug in the current political climate of Lebanon, connected to the enduring marks left by the Lebanese Civil War as well as more recent political events.

Exhibition is held as a part of the PQ+ accompanying program within the Prague Quadrennial of Scenography and Performance Design 2011. 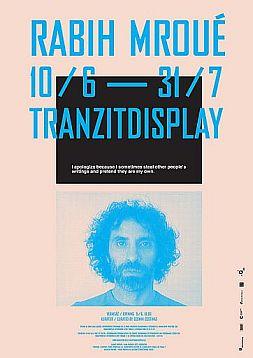