a solo exhibition in tranzitdisplay

tranzitdisplay cordially invite you to the weekend opening
on Saturday 20.02. from 5 pm


Sung Hwan Kim (b. 1975, Seoul), in his practice, artist integrates video and performance art, taking on the role of director, editor, performer, composer, narrator and poet. By approaching his own work from all production angles, his pieces are infused with his own highly subjective vision. Collecting and collaging encounters, images, sounds, and objects from his changing domiciles of Seoul, Amsterdam and New York he portrays his world with lyric complexity.

Among basic Sung Hwan Kim themes belongs the transformational process in South Korea, with the focus on their own history, as well as the ways we are willing to remember them. By his work he his showing one of the possible image of post-transformational history of society.
According to various characters of experiences he obtains by his researches he uses the mixed media, from audio to various forms of visual displays.

Thanks to the artist and Wilkinson Gallery 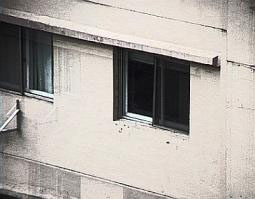