Frantz Fanon: Psanci této země (The Wretched of the Earth)

Frantz Fanon: Psanci této země (The Wretched of the Earth)
Post-colonial Thought I

The Wretched of the Earth (French: Les Damnés de la Terre, 1961) by Frantz Fanon is a psychiatric and psychologic analysis of the dehumanising effects of colonization upon the individual man and woman, and the nation, from which derive the broader social, cultural, and political implications inherent to establishing a social movement for the decolonization of a person and of a people. The French-language title, Les Damnés de la Terre, derives from the opening lyrics of "The Internationale", the 19th-century anthem of the Left Wing.

In his introduction to the 1961 edition of The Wretched of the Earth, the philosopher Jean-Paul Sartre supported Frantz Fanon’s advocacy of justified violence by the colonized people against the foreign colonizer, as necessary for their mental health and political liberation; Sartre later applied that introduction in Colonialism and Neocolonialism (1964), a politico–philosophic critique of France’s Algerian colonialism. The political focus derives from the first chapter of the book, “Concerning Violence”, wherein Fanon indicts colonialism and its post-colonial legacies, for which violence is a means of catharsis and liberation from being a colonial subject.

The Wretched of the Earth presents thorough critiques of nationalism and of imperialism, a discussion of personal and societal mental health, a discussion of how the use of language (vocabulary) is applied to the establishment of imperialist identities, such as colonizer and colonized in order to teach and psychologically mold the native and the colonist into their respective roles as slave and master, and a discussion of role of the intellectual in a revolution. 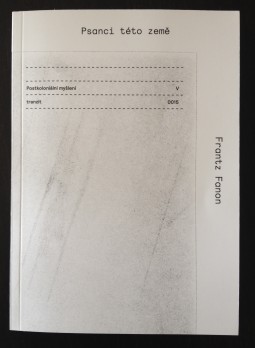