The book captures the author's thought spanning the focus of his research, from studies of science and technology, via an analysis of the nature of representation in art and religion to his most recent texts dealing with global warming or science and politics in the anthropocene age, in which humanity is becoming the key geological agent on Earth. It is precisely this broad focus that makes Bruno Latour one of the most significant figures in the contemporary social science and a source of inspiration for artistic projects.

Bruno Latour (born 1947 in France) is engaged in the fields of philosophy, sociology, history and the anthropology of science. Between 1982 and 2006 he was a professor at the Centre de Sociologie de l'Innovation at the École de Mines de Paris, and a visiting professor at the UC San Diego, London School of Economics and Harvard University. Since 2006 he has held a post at Science Po Paris, and currently also at the London School of Economics and Cornell University. His most influential works from his early period include Laboratory Life: The Social Construction of Scientific Facts (1979, with Steve Woolgar), Les Microbes: Guerre et paix, suivi de Irréductions (1984) and Science in Action: How to follow scientists and engineers through society (1987), in which he developed an ethnography of scientific laboratories and formulated the principles of examination, later elaborated into his actor-network theory (ANT). Of fundamental importance for his acclaim in the field of the social sciences, as well as with the wider public, was his slim volume published in English under the title We Have Never Been Modern (1993), which presents his original interpretation of modernity. A number of years later, after he had been engaged primarily on issues of political ecology, he followed on from this book in his work An Inquiry into Modes of Existence (2013), in which he systematises his philosophical thought. In the last fifteen years Latour has also worked intensively with artists. He was the curator of the exhibitions “Iconoclash: Beyond the Image Wars in Science, Religion and Art” and “Making Things Public: Atmospheres of Democracy” (ZKM Center, Karlsruhe). During his employment at Science Po Paris he has created the study programme Experimentation in Arts and Politics (SPEAP). 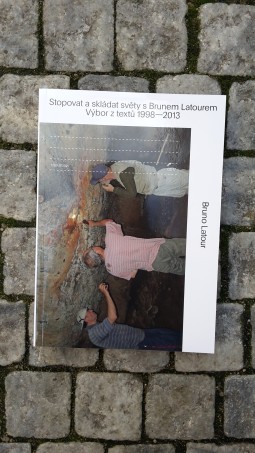