René Vautier was born in 1928 in Brittany. As a teenager during the second world war he joined the resistance. From this date on he remained in the opposition, using images to give a voice to the oppressed. Fighting against capitalism, racism, apartheid and most of all colonialism, René Vautier's citizen camera is a powerful instrument of rebellion. Being the most censored filmmaker in the history of french cinema, most of René Vautier's films are still unknown to the public today. During the course of the evening we will watch Afrique 50, 1950 and an excerpt from the film Being 20 in the Aurès, 1972.

Afrique 50 is the first anti-colonial french film. It was initially ordered by the French Education League. The purpose of the order was to show students the benefits of colonization by showing them the infrastructures that were being built and the educative program that were set up for the local populations. The reality did not match with this discourse and René Vautier chose to film the life struggles of the colonised. The film was censored over 40 years and René Vautier was sentenced to one year of prison.

Being 20 in the Aurès is a fiction film based on the witness statements of conscripted soldiers during the algerian war. Produced ten years after the independence the film deals with a very sensitive issue in France. It shows the spirit of the conscripted in the early 60’s and questions what becomes of the “free-choice” during war time. 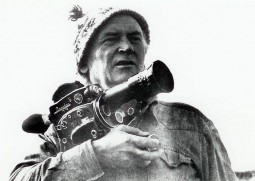