LISTENING AROUND THE CORNER

Eric Leonardson: Our Sonic Playground: A Model for Active Engagement in Urban Soundscapes
A public event that proposes a model for active, public participation in soundscape awareness. For those who are new to acoustic ecology and the experiential basis of its pedagogy, this practical template or ‘recipe’ may help others organise their own events aimed at active engagement in sound, listening, and environment. While offering practical suggestions for getting started, I also address some relevant issues regarding a broader cultural discourse of sound in the arts and sciences.

Eric Leonardson is a Chicago-based composer, radio artist, sound designer, instrument inventor, improvisor, visual artist, and teacher. He is Adjunct Associate Professor in the Department of Sound at The School of the Art Institute of Chicago, President of the World Forum for Acoustic Ecology, founder and co-chair of the Midwest Society for Acoustic Ecology, and co-founder and Executive Director of the World Listening Project.
http://ericleonardson.org

Brane Zorman:Re-planting the sound(s), where sound and location collide.
The aspects and possible interpretations/understanding based on CONA’s soundwalk and soundmap projects Walk the City and Field Frequency Field”: carefully chosen recorded content (sounds, narration, effects) relate to historical, social, political, cultural facts or interpretations. They are combined to form and open reflection on context, content, location, time and when, as such, are re-planted on the same (or other locations) in the form of a soundwalk or soundmap, they merge and un-hide different layers of reality, form new shifted relations, transposed contexts, pitched understandings."

Peter Cusack: Aral Sea Stories: Dariga, golden carp, untraceable artists who restore fishermen to ships stranded in the desert and other tales
Fifty years ago the Aral Sea in Central Asia was the planet's fourth largest lake. In the decades since it has virtually disappeared; a victim of the irrigation schemes that extract most of the water from its feeder rivers. Since May 2013 I have made three trips to the Aral to make field recordings, take photographs and talk to people there. It is a difficult, but fascinating, place to try to record. During this talk I will tell stories, play recordings, show images from my visits.
Peter Cusack works as a field recordist with a special interest in environmental sound and acoustic ecology. Projects include community arts, researches into sound and our sense of place and documentary recordings in areas of special sonic interest (Lake Bajkal, Siberia). His project Sounds From Dangerous Places explores soundscapes at sites of major environmental damage - Chernobyl exclusion zone; Caspian oil fields; UK nuclear sites. He describes the use of sound to investigate documentary issues as sonic journalism.
http://sounds-from-dangerous-places.org/

Nula
a regular series of filecasts and an online presence. Each filecast consists of an as¬semb¬lage of sounds, im¬ages, or words, each made avail¬ab¬le for down¬load, shar¬ing, com¬men¬tary, and fur¬ther man¬i¬pu¬la¬tion. File¬casts are gen¬er¬al¬ly, though not ex¬clus¬ive¬ly, cre¬ated from found ma-ter¬ial, assembled together with field recordings or other original source material.
Lloyd Dunn is a founding member of the experimental intermedia group The Tape-beatles, and publisher and editor of several small-circulation magazines such as Photostatic and Retrofuturism. Starting in the 1980s, he has worked in many mediums, including film, video, audio, print, and web applications. Since 2009 his main project has been nula which is continually updated with new sound works, movies, photographs, and essays.
http://nula.cc/
Helena Štorchová:Arctic Ecology, or Alaskan Warming
What is the significance of the extreme, rather than average temperature for the ecology of the North and what is its impact on ecosystems?
RNDr. Helena Štorchová, PhD is a specialist in plant molecular biology and she works at the Institute of Experimental Botany of the Czech Republic. She mainly concentrates on the genetic basis of flowering plants, research of mitochondrial DNA and on general evolutionary biology. From 2002 to 2003 she received a Fulbright scholarship, which allowed her to stay at the University of Alaska, Fairbanks and still cooperates intensively with this northernmost university in the world. Externally lectures at the Faculty of Charles University in Prague and at the University of South Bohemia in the Czech Budějovice.

Dagmar Šubrtová: Frontiers of Solitude
The project confronts the context of unprecedented transformation of northern and global ecosystems to seek out and form new relationships between ethical, aesthetic, political, ecological, economic and thermodynamic concerns related to the idea of septentrional. It is a joint initiative between three partners: Gallery Školská 28, Atelier Nord in Oslo, and Skaftfell Centre for Visual Art in eastern Iceland.
Project supported by a grant from Iceland, Liechtenstein and Norway through the EHP Grants and co-financed by the Ministry of Culture Czech Republic, Municipal of Prague.


Conceived and organized by Školská 28 and Tranzitdisplay in collaboration with Asociace MLOK and Agosto Foundation. 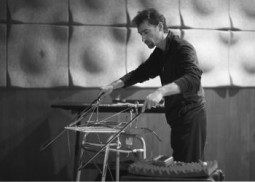