As part of the Southern Conceptualisms Network, an international platform for work, thought and collective positioning founded towards the end of 2007 by an international group of concerned researchers, I felt the need to intervene politically in the processes being used to neutralize the critical potential of a set of conceptual practices that have arisen in Latin America since the 1960s.

We believe that, just as has occurred with other emancipation projects, the subversive potential of such ‘conceptual practices’ was dismantled by State violence. The different attempts to reactivate this disruptive potential have been interrupted by the continual superimposition of various mechanisms: inoculation of the collective memory by the apparatus of the State, defensive forgetting by civil society, the depolarisation of subjectivities in their new role within neoliberal economies, the aesthetization of counterculture, etc. Over thirty years after the irruption of dictatorships in a large chunk of Latin America, their traumatic effect continues to suffocate intelligent life in latin american societies and to block the poetic and political potential of those experiences.
The lecture will try to re-activate this critical potential. The main objective will be to vindicate the sensory memory of these experiences and to generate a dialogue with the participants about the common elements and differences between South American and Eastern-Europe conceptual experiences. 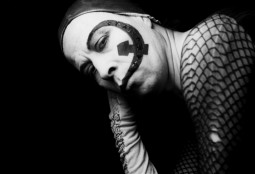